To add an additional Variation to a Step, just click the Add E-Mail Variation button: 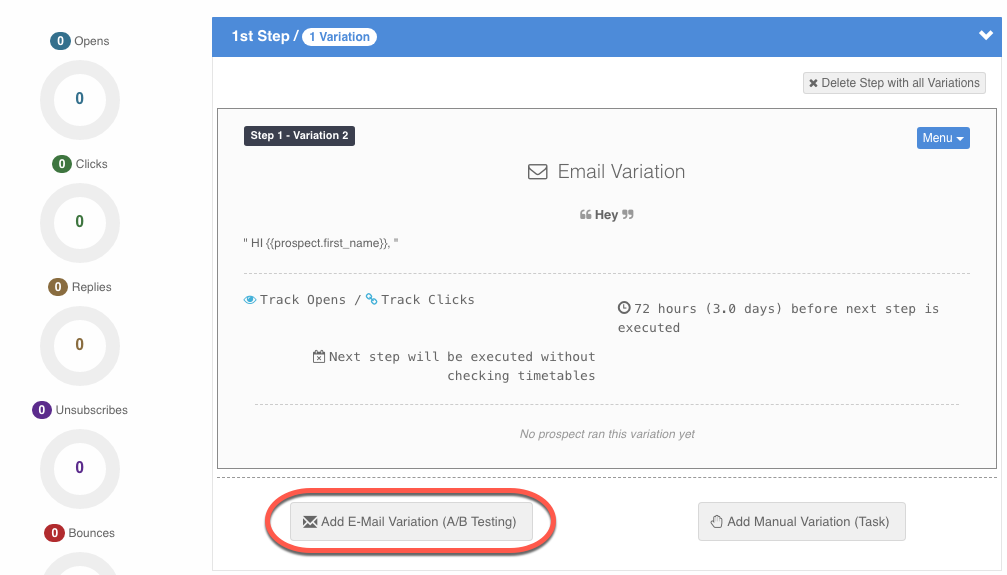 There are three Variations in the first Step, meaning that there are three possible emails that a Prospect can receive when starting the Sequence, chosen at random.

If the Prospect doesn't respond/unsubscribe after the first message, he or she will move on to the Second Step and receive a Follow-Up from one of the three Variations. Again, chosen at random. By this point, there's already 9 possibilities for combinations of First Step message and Second Step message that any given Prospect may receive. Three Variations for the Third Step would bring that number up to 27.

If you'd like your Follow-Up messages include the body of the email(s) that was previously sent to the Prospect, ensure to turn Include Previous Touch on in the message editor.

You can have varying subject lines, body contents, the number of hours to wait before executing next step in the sequence, etc..

If you want to have a look at the statistical performance of each of your Variations, to see which ones are garnering the best responses,head to Menu > View Detailed Stats: 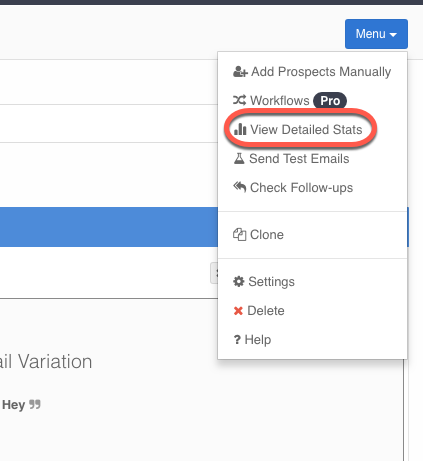