How to Start a Sequence

Important: It's not recommended to send hundreds of initial emails right off the bat.
Google will likely shut your account down if they suspect your account of spamming (everyone hates spam).
We recommend checking this checklist first before getting your feet wet ->  http://quickmail.io/checklist/

Note: Emails are not sent out at the same time and there's a delay between each email sent - How QuickMail Sends Email

Here are the most common and recommended ways of starting sequences: 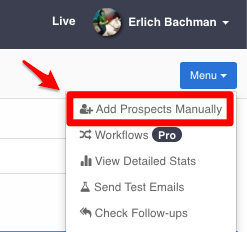 You may then select the group and number of prospects you're starting the sequence on:

You can set up sequences to start sending emails to a number of prospects automatically from a group at a certain time and day every week.

Fill out all the fields with desired value/setting. The schedules will cycle weekly and will continue initiating sequences as long as there are "Not Emailed" prospects in the group you selected. 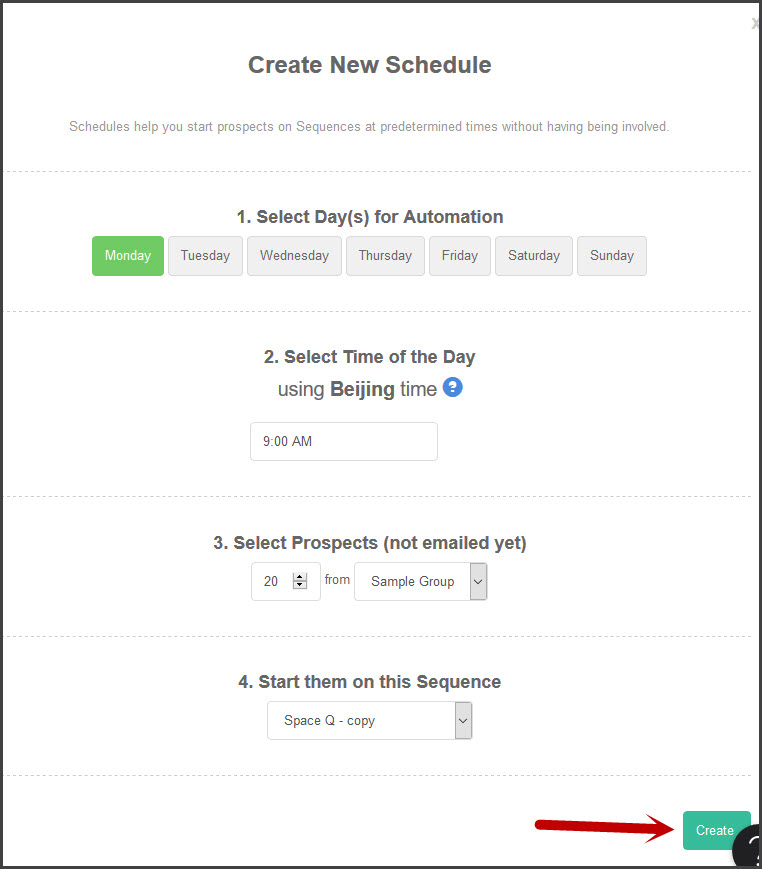 Tip: You can select multiple days to create multiple schedules.
Once you have created the schedules, you should have something like this:

Note: Only prospects who are not yet in any sequence (Not Emailed) can start sequences by way of schedules.


Go to Prospects -> Prospect List -> Select the prospects you want to add to a sequence -> under bulk action, select "Start Sequence"

After that, you just need to select the sequence you want to start and the sequence will start immediately - adding the prospects to the send queue.