How to Create a Sequence

A Sequence in QuickMail is a series of emails sent to Prospects, known as Email Variations.

Sequences can also include  Manual Variations, which are tasks that will require you to take action before the Sequence is resumed—a phone call, for instance.

Each Sequence is made up of one or more Steps, which can contain one or more Variations (of either kind.) Sequences can include as many Steps as you need, and once a Prospect starts a Sequence, they'll proceed through all the Steps, until QuickMail detects a reply, which stops Follow-Ups from being sent.

After naming your Sequence, you'll be presented with your first Step. Click Add E-Mail to add an Email Variation: 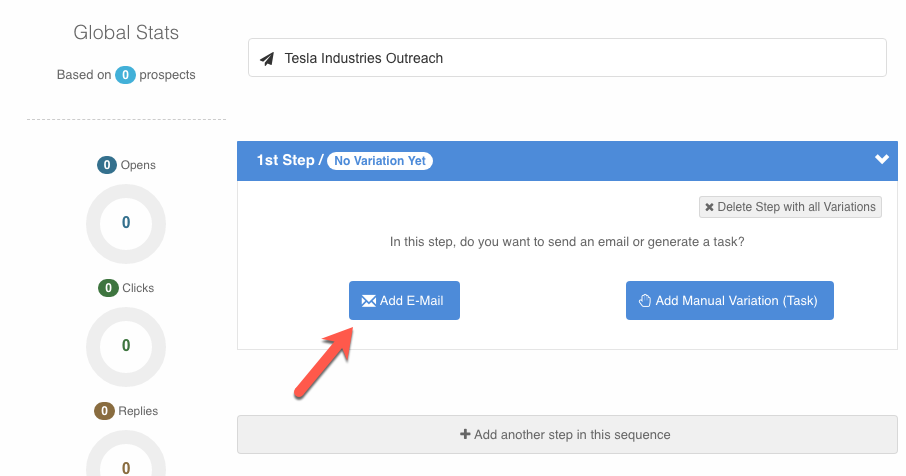 Here's an example of what an Email Variation looks like: 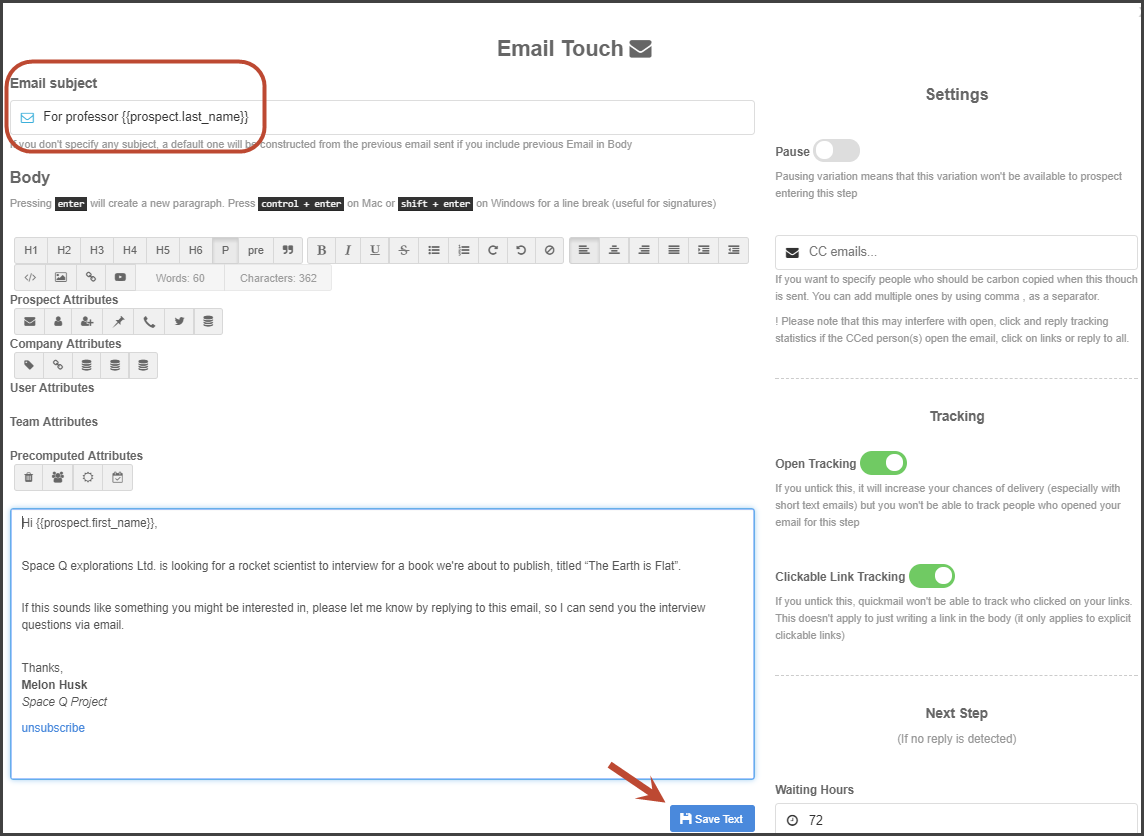 You're also able to use Attributes in both Email Variations and Manual Variations. Attributes are placeholders, that will fill in relevant information, specific to your Prospect, when the Sequence runs.

You can click the Attribute buttons in the message editor to easily insert Attributes to the email body.


If you'd like to add an Attribute to the Subject Line, add it to the message body using the Attribute buttons, and cut-and-paste it into the subject line.

To create a Follow-Up message to be sent to your Prospects, click Add Another Step In This Sequence

You can add as many email variations to a step as you'd like, for A/B testing or to add variety to your messages. Once a Prospect reaches a Step, they'll be sent one Variation, at random. You can learn more about how Email Variations work here:  How Email Variations Work

Follow-Ups (the second Step onward) are automatically sent to Prospects until the Prospect Replies, Unsubscribes, Bounces, or reaches the end of the Sequence.

The Email Variations added to the Follow-Up Steps are sent depending on the Waiting Hours you've set in the preceding Step. 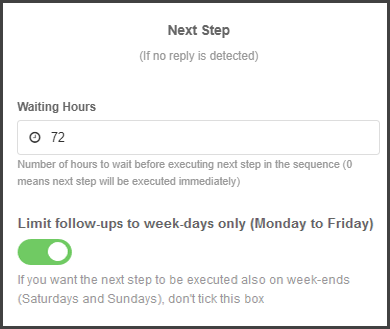 You can send test emails to yourself to see what your Sequence will look like to your Prospects.
From the Sequence, head to Menu > Send Test Emails: 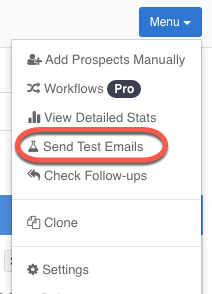 You'll be able to pick which Variations you'd like to test, and the Prospect who you'd like to use to fill in any Attributes in your message. The results will be sent to your Default Inbox (or Real Contact email address, if you've added one.)

If you decide you no longer want to use a Variation that a Prospect has been through, it's best to Pause the Variation, which you can do from the Edit screen. 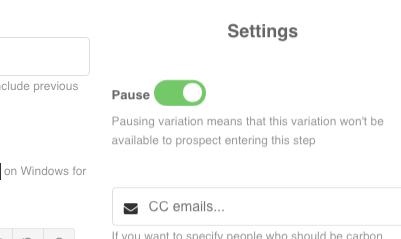 Now that we've created a Sequence, time to move on to: How to start sequences