How to Reengage Prospects

How to Reengage Prospects

After a Prospect has completed a Campaign, there may be a need to get back in touch with them in the future.

Starting Prospects on a new Campaign

Let's say there are Prospects who've completed a Campaign in the past, and a few months later, you'd like to reach out to them again.
Those Prospects can be moved into a Bucket from the Prospect List, ensuring that the  Reject Prospects who Already Ran a Campaign checkbox is not selected for that Bucket.
From there, a Schedule can be created for the new Campaign, and QuickMail will take care of the rest!

Starting Prospects on the same Campaign

There may be times when a Prospect needs to run a Campaign they've run in the past.
To do so, head to the Settings section of that Campaign, and check the Allow Same Prospect to Re-Enter this Campaign checkbox. 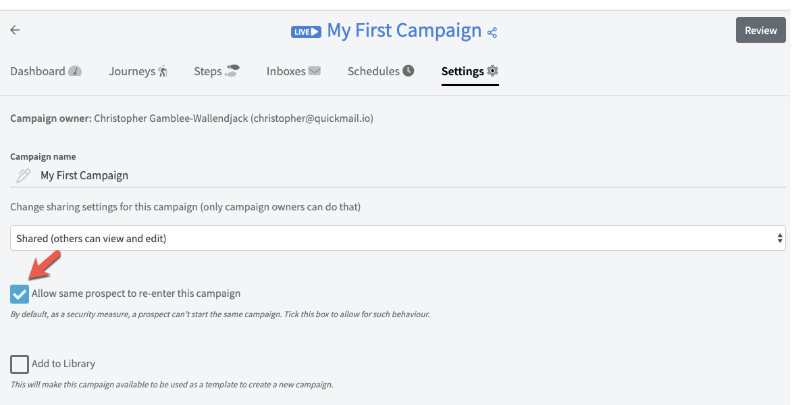