How to Pause Sending Emails

An inbox or campaign is paused from sending emails to be able to control the number of emails going out.

Inboxes and campaigns can also be paused if you don't want to send emails in QuickMail on a specific day (eg. Holidays).

Pro-tip: If you want to control the days and times a campaign is allowed to send emails, you can use Timetables instead.

How to pause sending emails?

There are ways to pause sending emails immediately.

You can pause campaigns to stop sending emails from a particular campaign.
To pause a campaign, view the campaign you want to pause -> click Review -> Pause Campaign.

Pausing an inbox will prevent any emails from sending out from the paused inbox.
To pause an inbox, go to Settings -> Inboxes -> click the inbox you want to pause. 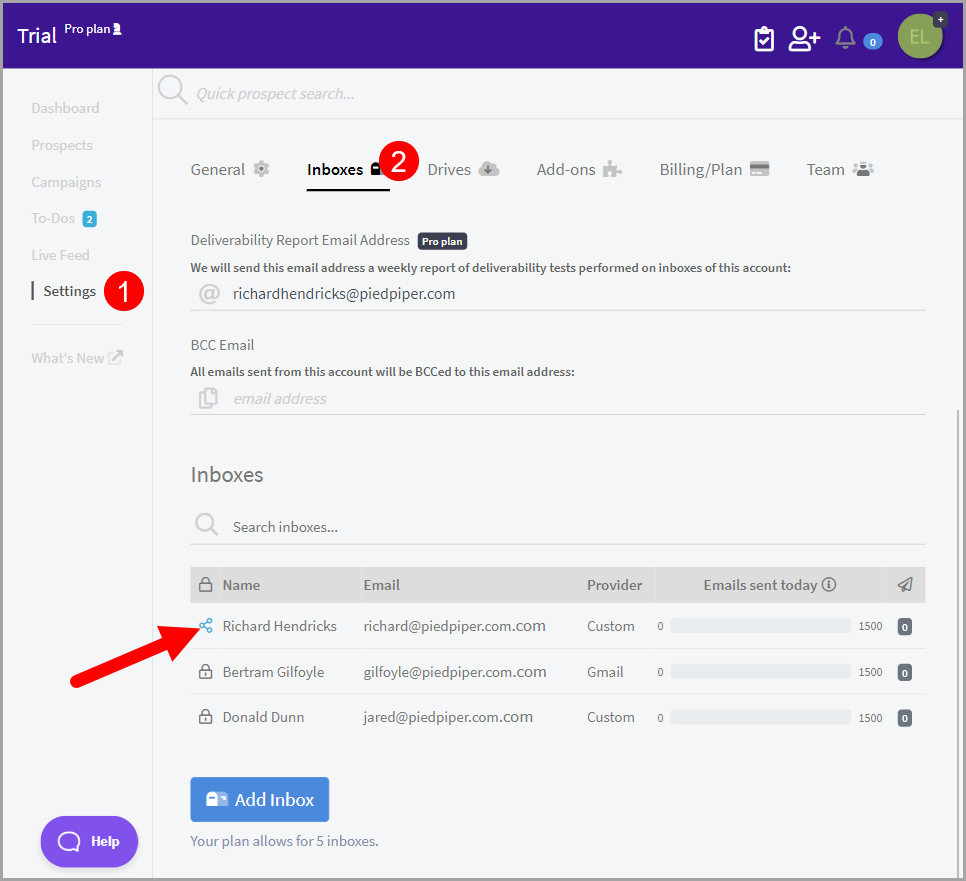 From the inbox settings, go to the Sending tab -> Scroll down -> check the checkbox "pause sending emails from this email 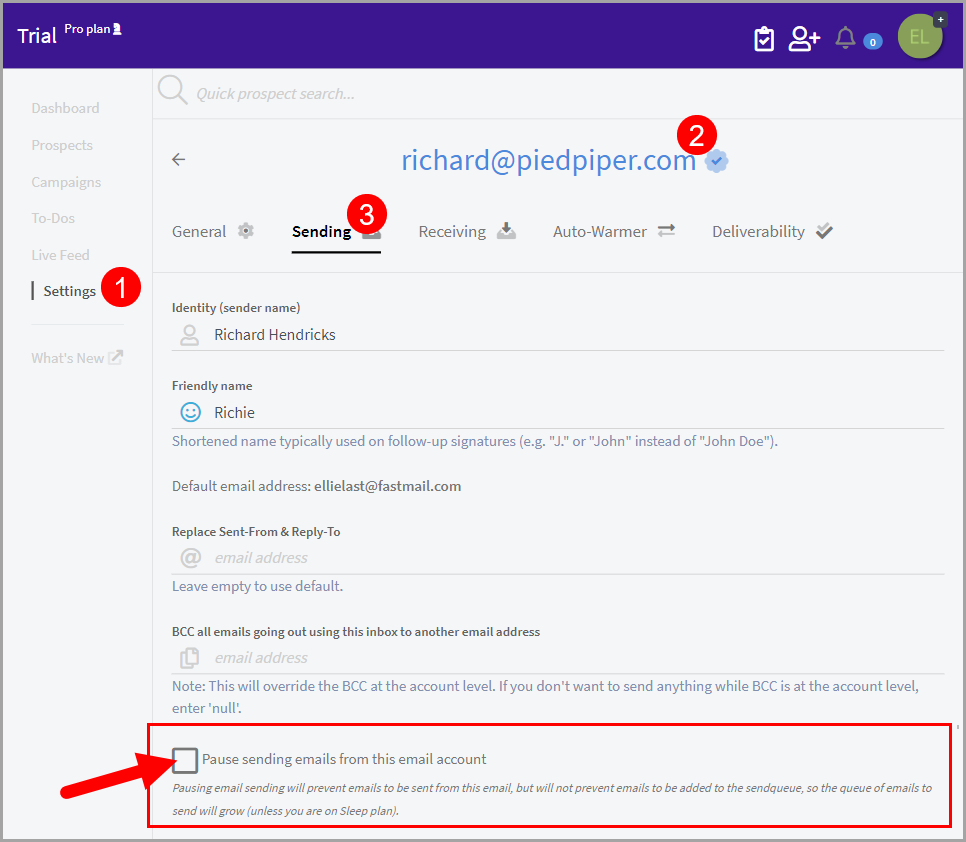 Caution: Even if an inbox is paused, the campaign schedules and follow-ups will still be followed and these emails will accumulate in the send queue.

To avoid this from happening, you can also pause the campaigns so that the emails won't accumulate in the send queue.