What is the Import Report email about?


An Import Report email gets sent to the Team or Agency admins after an import request has been completed.

The Import Report email contains details of what happened to the import request.
(both for Google Sheet and CSV imports).

Prospect overview: The number of prospects that were successfully imported to the list.

Bucket overview: The bucket where the prospects were added. 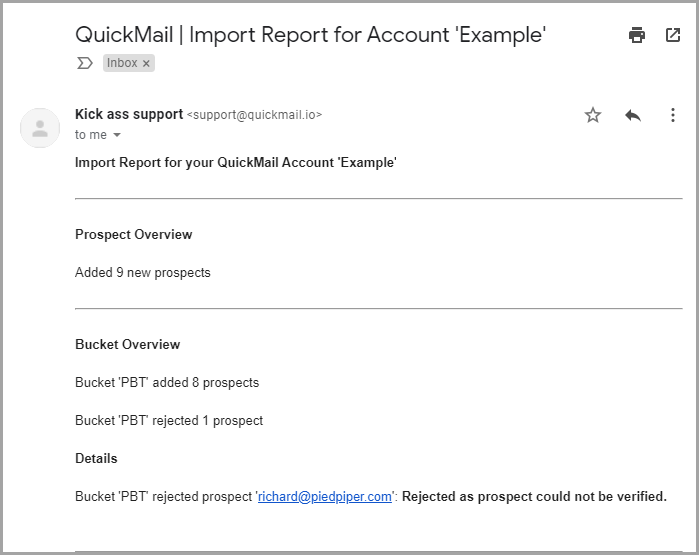 Q: Some prospects are rejected, what does that mean?

A: Prospects may get rejected during import for a number of reasons.

If the rejected message says "Email has already been taken", that means the prospects mentioned are already in the list.

It's also possible that there are duplicate email address entries in the import sheet.

Quickmail only allows a prospect to be added to the list once (1 email address = 1 prospect). 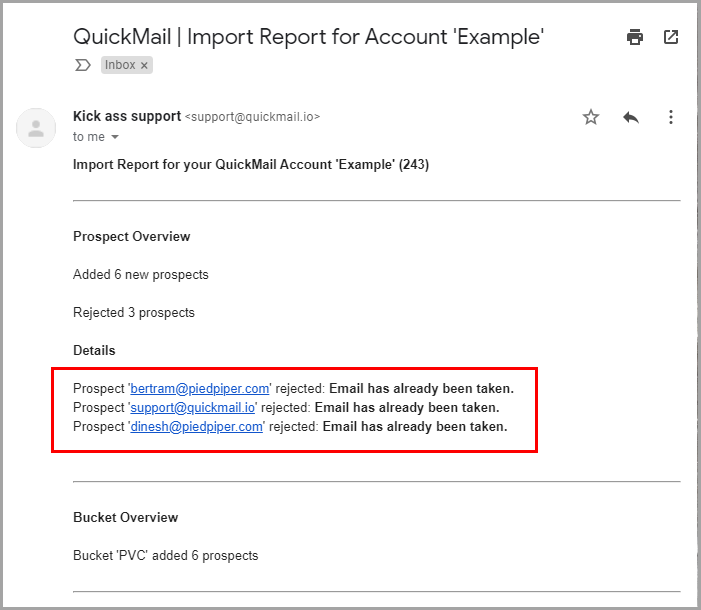