Prospects in teams are owned by whoever created the group where the prospects belong to.

What ever sequence you start on prospects, Quickmail will always use the email and name of whoever “owns” the prospects.

If you’re a team admin, you can use the bulk action to assign prospects to groups created by other admins/users or to your own:

“Extend search to entire team” allows an admin to see all the prospects in the entire team.

Users (non-admins), can only see prospects assigned to their group/s.

You can also import directly to your team members’ groups (Admins only): 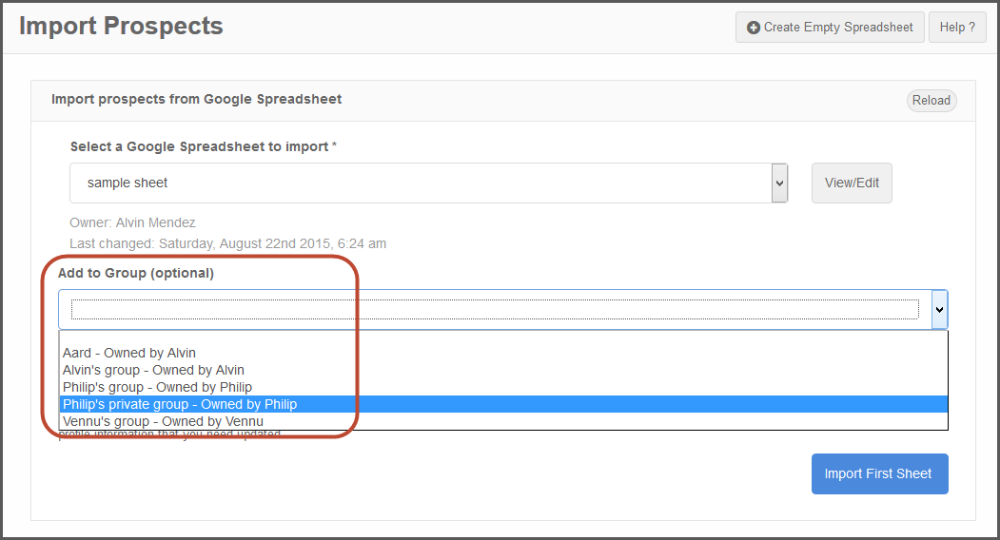 Warning: Make sure you only move prospects who are “Not Emailed”. If you want to take/transfer ownership of prospects already in a sequence, it’s best to stop that sequence first.

It’s  NOT advisable to start a sequence you did not create on prospects that don’t belong to your group.
Users and Admins in a Team should start their own sequences on their own prospects to avoid confusion and problems when the prospects receive the email. Same goes for Schedules and Manual Trigger.

If you really have to do it for your team member, you can “Switch” to their account so you can impersonate their account and start the sequence or create schedules from there.